The Englishwoman’s Review of Social and Industrial Questions: An Index 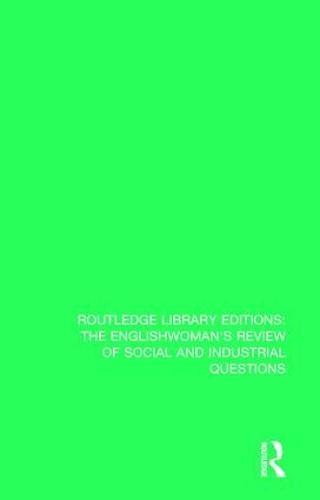 The Englishwoman’s Review of Social and Industrial Questions: An Index

The Englishwoman’s Review, which published from 1866 to 1910, participated in and recorded a great change in the range of possibilities open to women. The ideal of the magazine was the idea of the emerging emancipated middle-class woman: economic independence from men, choice of occupation, participation in the male enterprises of commerce and government, access to higher education, admittance to the male professions, particularly medicine, and, of course, the power of suffrage equal to that of men. First published in 1985, this final volume contains the index, which was compiled from the Table of Contents which appeared at the front of the yearly volumes. Along with the informative introduction, the index is a helpful tool for those studying the vast quantity of original material collected in the set, making it an invaluable resource to those studying nineteenth and early twentieth-century feminism and the women’s movement in Britain.