All My Bones Shake: Seeking a Progressive Path to the Prophetic Voice 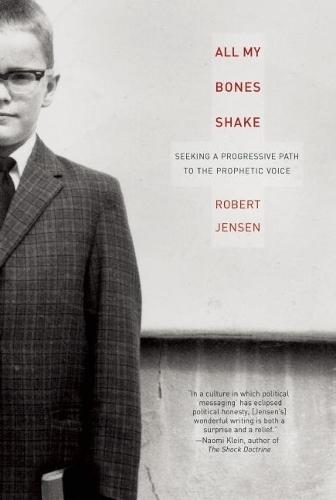 All My Bones Shake: Seeking a Progressive Path to the Prophetic Voice

At the root of the current political, economic, cultural, and ecological chaos is a national spiritual unrest, a fragmentation that has inhibited society’s self-awareness and slowed theological progress to a glacial crawl. In a nation where three-fourths of the population identifies as Christian and religion salts the political discourse, unrest has manifested itself as the talking-head debate between atheists and believers. In All My Bones Shake, Robert Jensen reveals the multitiered complexity of the conflict and offers a progressive approach to its key theological questions. While fundamentalists on both sides have fought to an intellectual standstill and moderates seem content to ignore the battle, Jensen pushes for answers that make sense for anyone trying to exist in the modern scientific world, concluding, There is no God, and more than ever we all need to serve the One True Gods. Jensen tests the mettle of his conclusion by holding it up to the best of religious and secular teachings. More than a simple study of the religious debate in America, All My Bones Shake marks a new communion: a way to use theology to create a sustainable society and meet the uncertainty of our lives with confidence.