The Shadow in the North 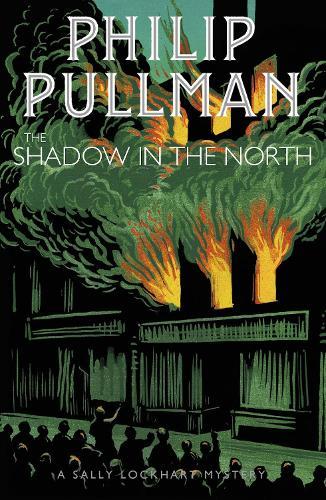 The Shadow in the North

The second book in Philip Pullman’s classic Sally Lockhart quartet. readers will weep at the deeds of true villainy and smile through their tears at the close Publisher’s Weekly Sally Lockhart is twenty-two, and running her own financial consultancy - a thoroughly modern woman in a world of pompous men - but she’s about to be thrown headlong into a vicious web of murder, mystery and pure evil. When a client’s lost investment appears suspicious, Sally investigates. Soon she is ensnared in a whirl of high-society danger and deceit, which can lead her in only one direction - to the terrifying secret of the Shadow in the North. Shadow In the North was made into a featrure-length film starring Billie Piper and Matt Smith Don’t miss Philip Pullman’s incredible HIS DARK MATERIALS trilogy, now a thrilling, critically acclaimed BBC/HBO television series.