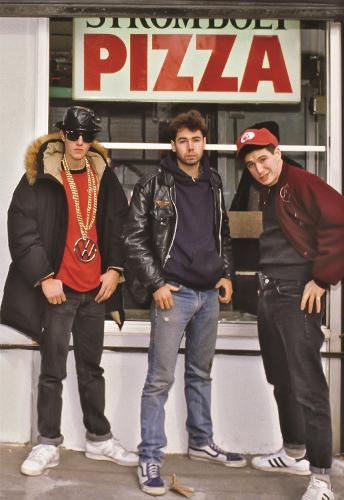 A panoramic experience that tells the story of Beastie Boys, a book as unique as the band itself - by band members AD-ROCK and Mike D, with contributions from Amy Poehler, Colson Whitehead, Spike Jonze, Wes Anderson, Luc Sante, and more.
Formed as a New York City hardcore band in 1981, Beastie Boys struck an unlikely path to global hip-hop superstardom. Here is that story, told for the first time in the words of the band.
Adam ‘Ad-Rock’ Horovitz and Michael ‘Mike D’ Diamond offer revealing accounts of their transition from teenage punk musicians to budding rappers; their early collaboration with Russell Simmons and Rick Rubin; the almost impossible-to-fathom overnight success of their debut album ‘Licensed to Ill' featuring the mega-hit ‘Fight for your Right (To Party)‘; the album’s messy fallout and how it led the band to ‘become what we hated’; their break with Def Jam, move to Los Angeles, and initial commercial failure of what was later recognised as a genre-defining masterpiece, ‘Paul’s Boutique'; their growing social activism and influence on the culture throughout the next twenty years; and, above all, the legacy of founding co-member Adam ‘MCA' Yauch, who passed away in 2012.
With a style as distinctive and eclectic as a Beastie Boys album, this book also includes wide-ranging contributions from famous writers and cultural figures like Colson Whitehead, Jonathan Lethem, Spike Jonze, Amy Poelher, and Wes Anderson. Running throughout are a plethora of colour photos and illustrations of ‘everything from us to the Knicks to drum machines to people’s business cards to the Swiss Appenzell,‘ as well as a graphic novel, a cookbook, mixtape playlists, a fake snobby music magazine, and much more.
$49.99Add to basket ›