The Secret Life: Three True Stories of the Digital Age 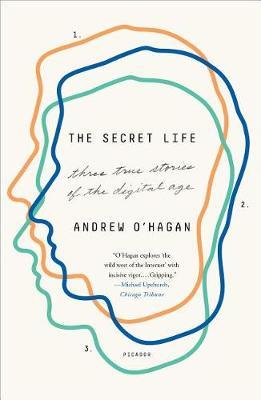 The Secret Life: Three True Stories of the Digital Age

Award-winning essayist and novelist Andrew O'Hagan presents a trio of reports exploring the idea of identity on the Internet–true, false, and in between–where your virtual self takes on a life of its own outside of reality. A Publishers Weekly Best Book of the Year - One of Publishers Weekly’s Top 10 Book of Essays and Literary Criticism - One of Chicago Reader’s Books We Can’t Wait to Read in the Rest of 2017 The Secret Life issues three bulletins from the porous border between cyberspace and IRL. Ghosting introduces us to the beguiling and divisive Wikileaks founder Julian Assange, whose autobiography O'Hagan agrees to ghostwrite with unforeseen–and unforgettable–consequences. The Invention of Ronnie Pinn finds him using the actual identity of a deceased young man to construct an entirely new one in cyberspace, leading him on a journey deep into the Web’s darkest realms. And The Satoshi Affair chronicles the strange case of Craig Wright, the Australian Web developer who may or may not be the mysterious inventor of Bitcoin, Satoshi Nakamoto–and who may or may not be willing, or even able, to reveal the truth. These fascinating pieces take us to the weirder fringes of life in a digital world while also casting light on our shared predicaments. What does it mean when your very sense of self becomes, to borrow a term from the tech world, disrupted ? The Secret Life shows us that it might take a novelist, an inventor of selves, armed with the tools of a trenchant reporter, to find an answer.