The Cambridge Companion to Isaiah Berlin 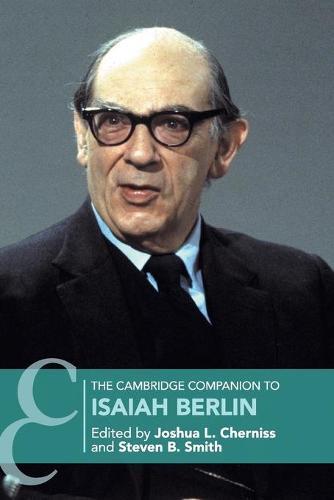 The Cambridge Companion to Isaiah Berlin

Isaiah Berlin (1909-1997) was a central figure in twentieth-century political thought. This volume highlights Berlin’s significance for contemporary readers, covering not only his writings on liberty and liberalism, the Enlightenment and Romanticism, Russian thinkers and pluralism, but also the implications of his thought for political theory, history, and the social sciences, as well as the ethical challenges confronting political actors, and the nature and importance of practical judgment for politics and scholarship. His name and work are inseparable from the revival of political philosophy and the analysis of political extremism and defense of democratic liberalism following World War II. Berlin was primarily an essayist who spoke through commentary on other authors and, while his own commitments and allegiances are clear enough, much in his thought remains controversial. Berlin’s work constitutes an unsystematic and incomplete, but nevertheless sweeping and profound, defense of political, ethical, and intellectual humanism in an anti-humanistic age.