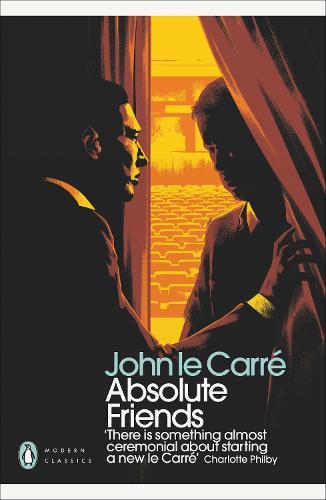 The story of two friends whose dubious relationship spans West Berlin in the 1960s through the Cold War to the age of present day terrorism is new to Penguin Modern Classics The friends of the title are Ted Mundy, a British soldier’s son born in 1947 in a newly independent Pakistan, and Sasha, the refugee son of an East German Lutheran pastor and his wife who have sought sanctuary in the West. The two men meet first as students in riot-torn West Berlin of the late Sixties and again in the grimy looking-glass of Cold War espionage. When they meet once more, in today’s unipolar world of terror, counter-terror and the war of lies, they become involved in clandestine activities - with lethal results. Absolute Friends is a superbly paced novel spanning fifty-six years, a theatrical masterstroke of tragi-comic writing, and a savage fable of our times.