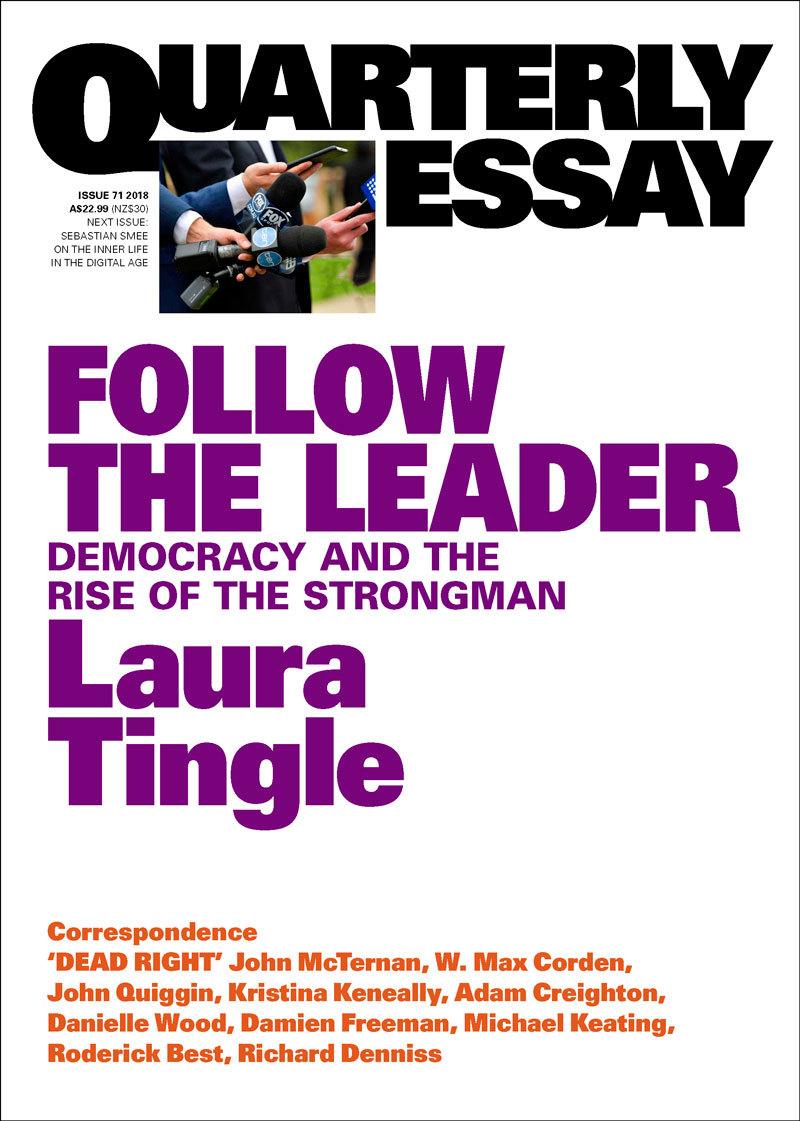 What has gone wrong with political leadership in Australia? And are things likely to change with a change of leader or government?
In this crisp and timely essay, Laura Tingle examines political leadership in general - some profiles in courage, and cunning - as well as styles of leadership. She looks at Macron and Merkel, Keating and Obama.
Tingle notes that leaders must command not only their country, but also their party. Where does this leave Malcolm Turnbull and Bill Shorten? She observes that Turnbull came to power seeking to do the opposite of everything Tony Abbott did, but neither leader’s approach has been seen as a success. Why? And what can Australia’s next prime minister learn from this?
$22.99Add to basket ›