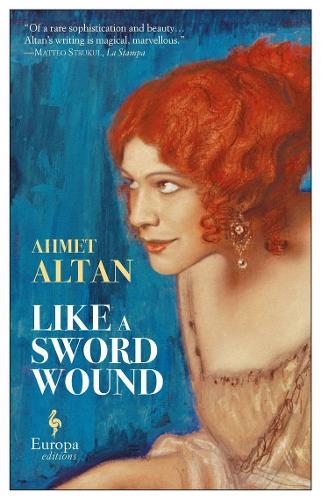 Volume 1 of the Ottoman Quartet
A sensual epic of a changing society set during the fall of one of history’s greatest empires.
Altan’s  Ottoman Quartet  spans the fifty years between the final decades of the 19th century and the post-WWI rise of Atatürk as both unchallenged leader and visionary reformer of the new Turkey.
The four books in the quartet tell the gripping stories of an unforgettable cast of characters, among them: an Ottoman army officer, the Sultan’s personal doctor, a scion of the royal house whose Western education brings him into conflict with his family’s legacy, and a beguiling Turkish aristocrat who, while fond of her emancipated life in Paris, finds herself drawn to a conservative Muslim spiritual leader.
Intrigue, betrayal, love, war, progress, and tradition provide a colorful backdrop against which the lives of these characters play out. All the while, the society that spawned them is transforming and the Sublime Empire disintegrating.
Here is a Turkish saga reminiscent of War and Peace, written in lively, contemporary prose that traces not only the social currents of the time but also the erotic and emotional lives of its characters.
$24.99Add to basket ›