The Rapids: Ways of Looking at Mania 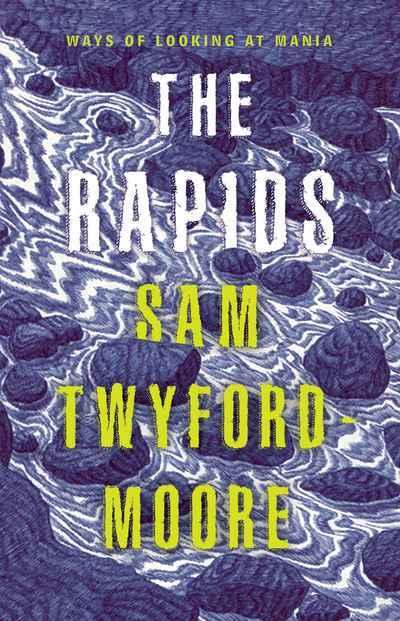 The Rapids: Ways of Looking at Mania

Writing and mental illness make excellent bedfellows, for better or worse. The Rapids - creative and courageous - is an extraordinary personal memoir peppered with film and literary criticism, as well as family history. With reflections on artists such as Carrie Fisher, Kanye West, Robert Lowell, Delmore Schwartz, Paul Thomas Anderson and Spalding Gray, Twyford-Moore also looks at the condition in our digital world, where someone’s manic episode can unfold live in real time, watched by millions.
His own story, told unflinchingly, is shocking and sometimes blackly comic. It gives the book an edge that is not always comfortable but full of insight and empathy. Smart, lively and well-researched, The Rapids manages to be both a wild ride and introspective at once, exploring a condition that touches thousands of people, directly or indirectly.

Sam Twyford-Moore’s The Rapids examines mania and bipolar disorder in art and popular culture. A series of interlinked essays peppered with references to film, literature, music and television, the book – Twyford-Moore’s first – looks at just how much manic-depressive disorder may or may not influence creativity. Drawing on his own experience with the disorder, Twyford-Moore pastes together a collage of different literary styles, including imagined interviews, numbered lists, short paragraphs and streams-of-consciousness, in an attempt to achieve his self-described aim of replicating, to some extent, the thought processes that make up the brain of a person experiencing mania.

The short paragraphs, meandering thoughts, and non-sequiturs that make up The Rapids make for a disjointed reading experience – and, in that sense, achieve their goal. It’s obvious that Twyford-Moore has a large catalogue of literary and pop-culture knowledge stored in his brain, which he draws on liberally to illustrate his points. Just some of the lives and work he looks at in-depth are those of Carrie Fisher, Kanye West, Spike Milligan and, somewhat perplexingly, Matthew Newton and Andrew Johns. The most interesting chapters (reflections on icons Fisher and Spalding Gray) sit alongside those that examine the behaviour of more problematic figures like Newton and Johns – men whose struggles with violence and mental health Twyford-Moore attempts, not altogether convincingly, to defend.

Twyford-Moore makes the case for a more nuanced understanding and acceptance of mental health disorders like bipolar by exploring the creative lives of those who manage to make art about their condition – even if it is just to survive. And while he never does quite find answers to the questions he poses – like whether or not art incites mania, or vice versa – The Rapids provides an interesting perspective on an issue that has long hidden in plain sight.