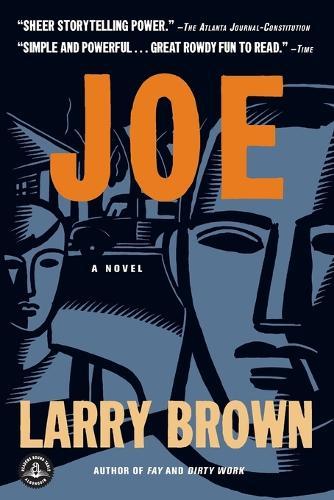 Brilliant … Larry Brown has slapped his own fresh tattoo on the big right arm of Southern Lit. -The Washington Post Book WorldNow a major motion picture starring Nicolas Cage, directed by David Gordon Green.Joe Ransom is a hard-drinking ex-con pushing fifty who just won’t slow down–not in his pickup, not with a gun, and certainly not with women. Gary Jones estimates his own age to be about fifteen. Born luckless, he is the son of a hopeless, homeless wandering family, and he’s desperate for a way out. When their paths cross, Joe offers him a chance just as his own chances have dwindled to almost nothing. Together they follow a twisting map to redemption–or ruin.