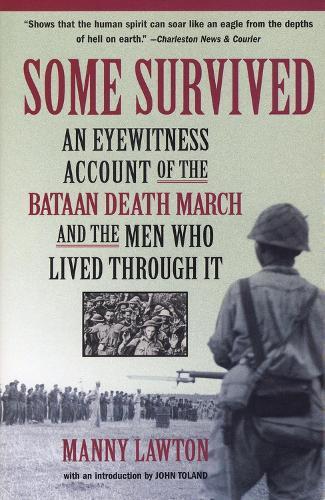 Manny Lawton was a twenty-three-year-old Army captain on April 8, 1942, when orders came to surrender to the Japanese forces invading the Philippine Islands. The next day, he and his fellow American and Filipino prisoners set out on the infamous Bataan Death March–a forced six-day, sixty-mile trek under a broiling tropical sun during which approximately eleven thousand men died or were bayoneted, clubbed, or shot to death by the Japanese. Yet terrible as the Death March was, for Manny Lawton and his comrades it was only the beginning. When the war ended in August 1945, it is estimated that some 57 percent of the American troops who had surrendered on Bataan had perished. But this is not a chronicle of despair. It is, instead, the story of how men can suffer even the most desperate conditions and, in their will to retain their humanity, triumph over appalling adversity. An epic of quiet heroism, Some Survived is a harrowing, poignant, and inspiring tale that lifts the heart.