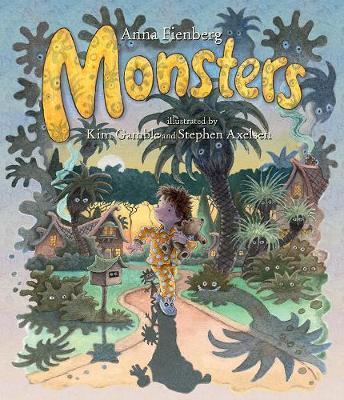 Tildy knew there were monsters. They sailed in from outside and hid behind the curtains. Moonlight brought them in. Tildy hated moonlight. Mum and Dad said there were no such things. Her aunt and uncle couldn’t see them, and when Tildy wrote to her twenty-three cousins about monsters, only one wrote back saying she shouldn’t eat spicy food before bedtime. Then a new boy came to school. Hendrik drew pages and pages of monsters when the class was writing numbers. He had a way of dealing with his monsters. When Tildy dares to stay over at Hendrik’s house, she panics when the moon rises… but together they make the night safe, and Tildy can watch the moon sail through the starry sky.

END_OF_DOCUMENT_TOKEN_TO_BE_REPLACED

Guess How Much I Love You

Tough Guys Have Feelings Too

In My Heart: A Book of Feelings