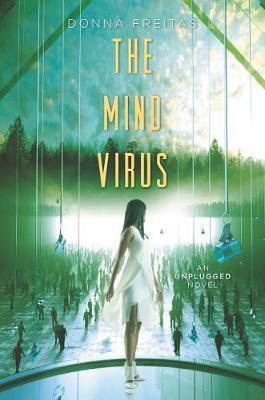 In the tradition of M. T. Anderson’s Feed and Scott Westerfeld’s Uglies, The Mind Virus is the thrilling conclusion to the Unplugged series, which Kass Morgan, New York Times bestselling author of The 100, called chilling and addictive.
Skylar Cruz has managed to shut down the body market that her sister Jude opened, and to create a door to allow App World citizens reentry into the Real World. But as tensions between the newly mingling people escalate, she’s not sure if it was the right decision after all. Still reeling from Kit’s betrayal, she’s not sure of anything anymore. And for those who are still in the App World, a new danger looms.
A virus, set in motion by Jude’s actions, is killing off the bodies of those who remained plugged in-and no one knows how to stop it. It’s up to Skylar to once again save the worlds-and only time will tell who will be standing alongside her in the end.
$17.99Add to basket ›