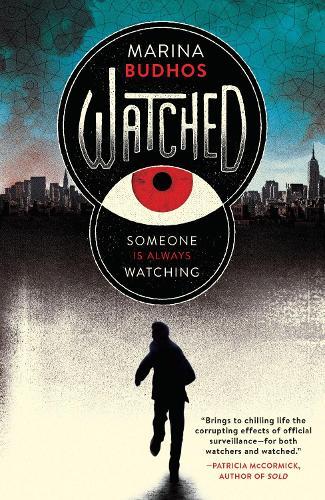 Be careful what you say and who you say it to. Anyone might be a watcher.
Naeem is a Bangledeshi teenager living in Queens who thinks he can charm his way through anything. But then mistakes catch up with him. So do the cops, who offer him an impossible choice – spy on his Muslim neighbors and report back to them on shady goings-on, or face a police record.
Naeem wants to be a hero – a protector. He wants his parents to be proud of him. But as time goes on, the line between informing and entrapping blurs. Is he saving or betraying his community?
Inspired by actual surveillance practices in New York City and elsewhere, Marina Budhos’s extraordinary and timely novel examines what it’s like to grow up with Big Brother always watching. Naeem’s riveting story is as vivid and involving as today’s headlines.
$16.99Add to basket ›