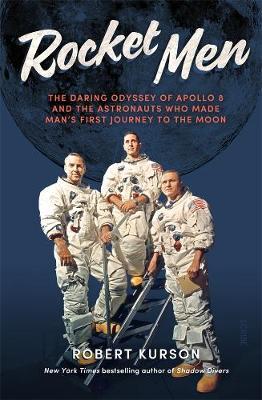 In early 1968, the Apollo programme was on shaky footing. President Kennedy’s end-of-decade deadline to put a man on the Moon was in jeopardy, and the Soviets were threatening to pull ahead in the space race.
By August 1968, with its back against the wall, NASA decided to scrap its usual methodical approach and shoot for the heavens. With just four months to prepare, the agency would send the first men in history to the Moon.
Focusing on three heroic astronauts and their families, this vivid, gripping narrative shows anew the epic danger and singular bravery it took for Man to leave Earth for the first time - and to arrive at a new world.
$35.00Add to basket ›