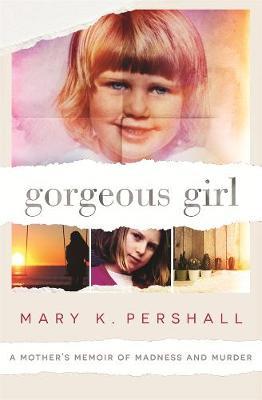 ‘The only way to comprehend this tragic story of mine is to write it.‘
On the 10th of February 2017, there was a sentencing hearing for murder in the Victorian Supreme Court. The young woman in the dock, who sat quietly with her hands in her lap, had perfect skin and light-brown hair tied back as neatly as a private school prefect’s. When the judge asked her to confirm her plea, the young woman answered in a clear and polite voice. ‘Guilty, your Honour.’
That killer is Mary K. Pershall’s beloved daughter Anna. She is twenty-eight years old, tall and beautiful, with an effervescent wit and a university degree in psychology. She also hears the voices of demons. After Anna finished uni, she just could not meet the demands of adulthood, and the voices became overwhelming. She attempted to silence them with alcohol and weed, with the abuse of her prescribed medication, and with ice. But the evil howling would not stop.
Award-winning author Mary K. Pershall brings a unique and insightful perspective to a story that is at once devastating and uplifting, and proves that a mother’s love - even in its darkest hour - can shed light and provide hope to families in crisis.
$34.99Add to basket ›