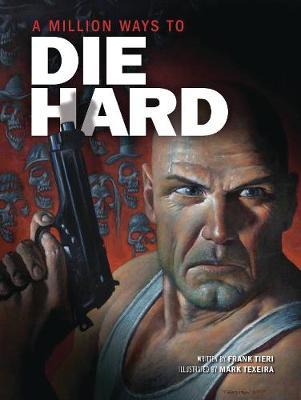 The adventures of John McClane continue in this new explosive comic based on the Die Hard franchise!
Thirty years after the release of Die Hard, a retired John McClane is being pulled back into the game by a dangerous foe he never thought he’d face again-a psychotic serial killer with a theatrical taste for casting his victims in reproductions of Hollywood’s greatest and deadliest films! Faced with impossible choices and unimaginable odds, A Million Ways To Die Hard just may be the last case John McClane ever has.
With a suspenseful new story by industry veterans Frank Tieri and Mark Texeira, A Million Ways To Die Hard is packed with all the humor, action, and firepower that defined the Die Hard series and is sure to thrill fans everywhere.
$29.99Add to basket ›