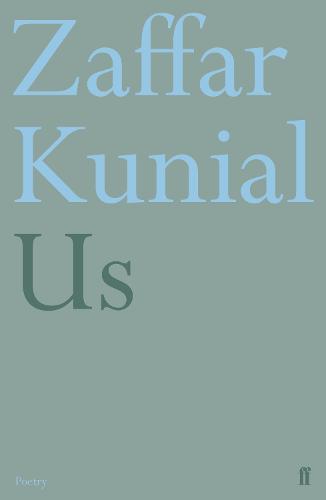 Debut collection of poems from Zaffar Kunial.
From the beginning, the poet was a wanderer, a storyteller, an imaginer of bridges between worlds. Zaffar Kunial is just such a poet and guide for us today. Yet his territory extends much further afield than those of the past - through Kashmir, where his father was born and now lives, to the Midlands of his mother’s birth, and further north to ancestors in Orkney, as well as through language, memory and time.
Already an acknowledged star of the Faber New Poets scheme, Kunial has won admirers in such measure as to ensure that Us is one of the most anticipated debuts in recent times. Across its pages, he vocalises what it means to be a human being planting your two feet upon the dizzying earth - and he does so delicately, urgently, intimately - in some of the most original and touching ways that you will read.
$24.99Add to basket ›

END_OF_DOCUMENT_TOKEN_TO_BE_REPLACED

Land of the Living