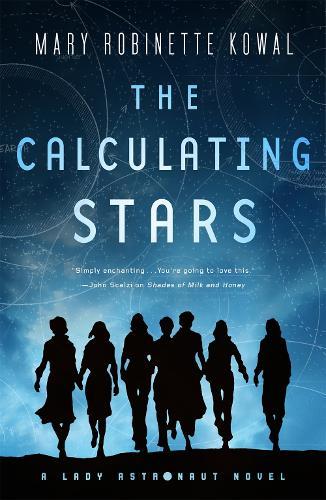 A meteor decimates the U.S. government and paves the way for a climate cataclysm that will eventually render the earth inhospitable to humanity. This looming threat calls for a radically accelerated timeline in the earth’s efforts to colonize space, as well as an unprecedented opportunity for a much larger share of humanity to take part.
One of these new entrants in the space race is Elma York, whose experience as a WASP pilot and mathematician earns her a place in the International Aerospace Coalition’s attempts to put man on the moon. But with so many skilled and experienced women pilots and scientists involved with the program, it doesn’t take long before Elma begins to wonder why they can’t go into space, too-aside from some pesky barriers like thousands of years of history and a host of expectations about the proper place of the fairer sex. And yet, Elma’s drive to become the first Lady Astronaut is so strong that even the most dearly held conventions may not stand a chance.
$29.99Add to basket ›