Tortuga: A Confection of Blood and Gold 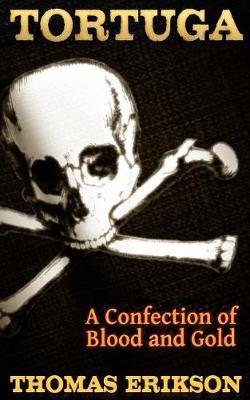 Tortuga: A Confection of Blood and Gold

Cayona, 1669: The streets are not mean, they are downright vicious in the pirate port of Tortuga. Orphans like Jack Higgins scratch a living from errands and mugging drunken pirates, roaming the taverns, whorehouses, alleys, and gambling dens in search of prey, or a dropped penny. Here tales told around tavern tables are tall and exotic: sea battles, typhoons, tortures, cannibal islands, lost cites, haunted jewels, rare honey, great treasures won with blood. They incite cruel laughter, dry asides, grim shakes of the head, dubious guffaws. And boasts of better tales. Jack, just stepping into his manhood (though long past innocence), sees little hope of adding to these tales. Then, during a hurricane’s deluge, Jack pulls a retching body from the flooded street. It is Old Kit, Tortuga’s patriarch, by legend oldest man in the Caribbean. Jack’s reward is to be his protege and scion. Soon he is learning fast, wearing his first boots, received warmly at the best brothels, meeting those who control Cayona town and mock most pirates as fools. But can Old Kit’s battered health hold long enough for Jack to learn to survive Cayona’s literally cutthroat commerce? To now win the merchant’s niece he craves far more than any wench he has known before? An accident reveals that ancient Kit owes his unnaturally long life to an Arawak shaman’s magic stone, now near useless. Jack sails across to Hispaniola and treks to the high country of buccaneer hunters to find the shaman’s holy cave - and a new stone. One touch tips him into a terrifying hallucination; or a reality where the Indian dead still live and speak. Jack must escape it and return to Tortuga to save Old Kit, his own future, and soon his own life. To make this novel accurate for the period 1669-1670, over 70 books and articles, popular and academic, were referenced, as well as numerous websites. Some side tales told in taverns, boats, and huts are reworked from histories, and others I have created from whole cloth. Depictions of misogyny, vulgarity, ruthless greed, and casual blood lust should not reflect on the author, but instead portray the time, place, and people in a 1600s pirate port town. Or so I have imagined. Inspiration was more diverse, running from Calvino’s Invisible Cities, Barth’s The Sotweed Factor (with a short homage to it in one chapter), Berger’s Little Big Man, and, of course, Burgess' A Clockwork Orange. The magic stones derive from glassy tektites (meteorites) archaeologist have uncovered at Arawak religious sites. Panspermia, anyone? Christopher Marlowe may not have written Shakespeare’s plays, but he did have the smarts and connections to fake his own death at Deptford and flee England. Here he, like the poet Rimbaud later, has forsaken his art for a life of intrigue and adventure. Ancient now, he has his own tales to tell.