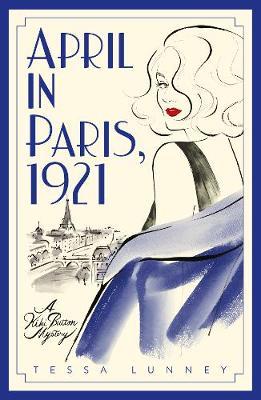 It’s 1921, and after two years at home in Australia, Katherine King Button has had enough. Her rich parents have ordered her to get married, but after serving as a nurse during the horrors of the Great War, she has vowed never to take orders again. She flees her parents and the prison of their expectations for the place of friendship and freedom: Paris.
Paris in 1921 is the city of freedom, the place where she can remake herself as Kiki Button, gossip columnist extraordinaire, partying with the rich and famous, the bohemian and bold, the suspicious and strange.
But on the modelling dais, Picasso gives her a job: to find his wife’s portrait, which has gone mysteriously missing. That same night, her old spymaster from the war contacts her - she has to find a double agent or face jail. Through parties, whisky and informants, Kiki has to use every ounce of her determination, her wit and her wiles to save herself, the man she adores, and the life she has come to love - in just one week.
$29.99Add to basket ›