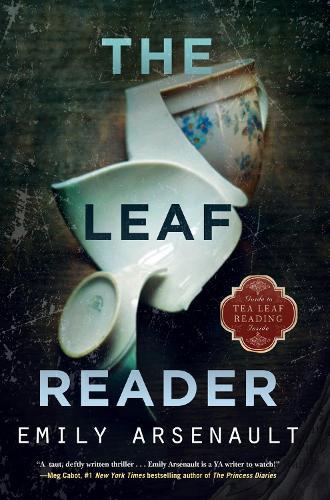 Marnie Wells knows that she creeps people out. It’s not really her fault; her brother is always in trouble, and her grandmother, who’s been their guardian since Mom took off is … eccentric. So no one even bats an eye when Marnie finds an old book about reading tea leaves and starts telling fortunes.
The ceremony and symbols are weirdly soothing, but she knows-and hopes everyone else does too-that none of it’s real. Then basketball star Matt Cotrell asks for a reading. He’s been getting emails from someone claiming to be his best friend, Andrea Quinley, who disappeared and is presumed dead. And while they’d always denied they were romantically involved, a cloud of suspicion now hangs over Matt. But Marnie sees a kindred spirit- someone who, like her, is damaged by association.
Suddenly, the readings seem real. And, despite the fact that they’re telling Marnie things about Matt that make him seem increasingly dangerous, she can’t shake her initial attraction to him. In fact, it’s getting stronger. And that could turn out to be deadly.
$18.99Add to basket ›