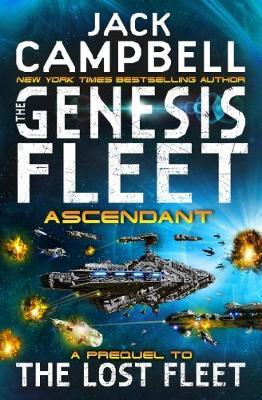 A young fleet officer and a Marine stand together to defend their colony in the continuation of the powerful and action-packed Genesis Fleet saga from New York Times bestselling author Jack Campbell. In the three years since former fleet officer Rob Geary and former Marine Mele Darcy led improvised forces to repel attacks on the world of Glenlyon, Old Earth and the Old Colonies have continued to shrink their military forces. But open warfare erupts once again when Glenlyon tries to force open a trade route. Isolated and alone, Glenlyon places its hope in informal agreements with other worlds also facing attack. But fiercely independent worlds settled by people who wanted to escape higher authority don’t easily agree to such commitments. The New York Times bestselling author of The Lost Fleet novels continues with a brand new military science fiction series.