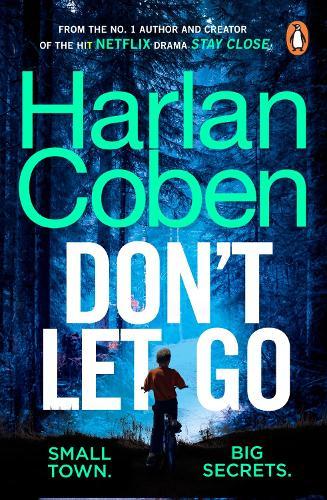 The brilliant new novel from the international bestselling author of Home and Fool Me Once. Mistaken identities, dark family secrets and mysterious conspiracies lie at the heart of this gripping new thriller. ***From the global #1 bestselling author and creator of the hit Netflix series THE STRANGER*** __________________________ A SMALL TOWN IS HIDING BIG SECRETS … Fifteen years ago in New Jersey, a teenage boy and girl were found dead. Most people concluded it was a tragic suicide pact. The dead boy’s brother, Nap Dumas, did not. Now Nap is a cop - but he’s a cop who plays by his own rules, and who has never made peace with his past. And when the past comes back to haunt him, Nap discovers secrets can kill… __________________________ From the international bestselling author of Home and Fool Me Once, and the creator of the Netflix hit Safe. __________________________ ‘The modern master of the hook and twist, luring you in on the first page only to shock you on the last’ - Dan Brown ‘Coben is a phenomenon - the most reliable of American thriller-writers, the least likely to disappoint … the true mystery is Coben’s extraordinary capacity to keep writing such wonderful thrillers’ - The Times ‘As moreish as ever’ - Sunday Times ‘Simply one of the all-time greats - pick up any one of his thrillers and you’ll find a riveting, twisty, surprising story with a big, beating heart at its core.’ - Gillian Flynn ‘Harlan Coben is a folk poet of the suburbs and his well-tuned new mystery, Don’t Let Go shows why … This kind of writing is what we call poetry.’ - New York Times