Destruction and Sorrow Beneath the Heavens: Reportage 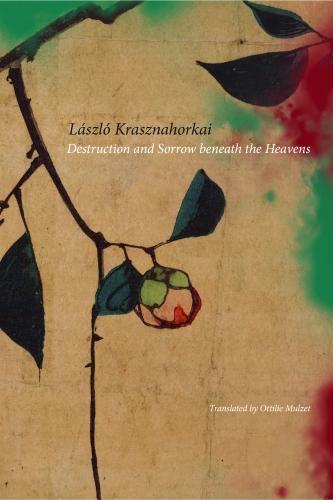 Destruction and Sorrow Beneath the Heavens: Reportage

Known for his brilliantly dark fictional visions, Laszlo Krasznahorkai is one of the most respected European writers of his generation and the winner of the 2015 Man Booker International Prize. Here, he brings us on a journey through China at the dawn of the new millennium. On the precipice of its emergence as a global power, China is experiencing cataclysms of modernity as its harsh Maoist strictures meet the chaotic flux of globalism. What remains of the Middle Kingdom’s ancient cultural riches? And can a Westerner truly understand China’s past and present-or the murky waters where the two meet? Destruction and Sorrow beneath the Heavens is both a travel memoir and the chronicle of a distinct intellectual shift as one of the most captivating contemporary writers and thinkers begins to engage with the cultures of Asia and the legacies of its interactions with Europe in a newly globalized society. Rendered in English by award-winning translator Ottilie Mulzet, Destruction and Sorrow beneath the Heavens is an important work, marking the emergence of Krasznahorkai as a truly global novelist. Praise for Krasznahorkai The contemporary Hungarian master of the apocalypse. -Susan Sontag Krasznahorkai delights in unorthodox description; no object is too insignificant for his worrying gaze… . He offers us stories that are relentlessly generative and defiantly irresolvable. They are haunting, pleasantly weird, and ultimately, bigger than the worlds they inhabit. -New York Times Krasznahorkai is an expert with the complexity of human obsessions. Each of his books feel like an event, a revelation. -Daily Beast