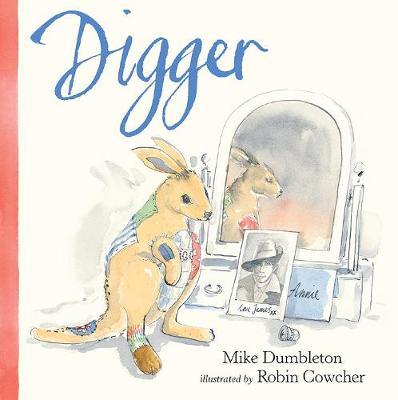 When her brother, James, went to war, Annie stitched the name Digger onto her toy kangaroo and gave him to James as a farewell present.
‘A Digger for a digger,’ she said, hugging her brother.‘I’ll keep him safe,’ James promised.
Digger is the story of one toy kangaroo, one Australian soldier and two girls, in two countries on opposite sides of a world at war. It’s a quiet reminder of the casualties of war, and a tribute to the French schoolchildren who once tended the graves of Australian soldiers who died on the Western Front in the heroic battle for Villers-Bretonneux in April 1918.
A beautiful and heartwarming story set during World War I.
$24.99Add to basket ›

END_OF_DOCUMENT_TOKEN_TO_BE_REPLACED

Along the Road to Gundagai

When the War is Over