The Gargoyle Hunters: A Novel 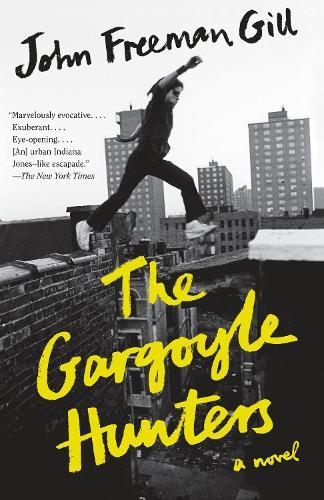 The Gargoyle Hunters: A Novel

Both his family and his city are crumbling when thirteen-year-old Griffin Watts stumbles headlong into his estranged father’s illicit architectural salvage business in 1970s Manhattan. Griffin clambers up the facades of tenements and skyscrapers to steal their nineteenth-century architectural sculptures-gargoyles and sea monsters, goddesses and kings. As his father sees it, these evocative creatures, crafted by immigrant artisans, are an endangered species in an age of sweeping urban renewal. Desperate for money to help his artist mother keep their home, and yearning to connect with his father, Griffin fails to see that his father’s deepening obsession with preserving the treasures of Gilded Age New York endangers them all. As he struggles to hold his family together and build a first love with his girlfriend on a sturdier foundation than his parents' marriage, Griffin must learn to develop himself into the man he wants to become, and discern which parts of his life may be salvaged-and which parts must be let go. Hilarious and poignant, this critically acclaimed debut is both a vivid love letter to a vanishing city and an intimate portrait of father and son. And it solves the mystery of a stunningly brazen architectural heist-the theft of an entire landmark building-that made the front page of The New York Times in 1974. With writing both tender and powerful, The Gargoyle Hunters brings a remarkable new voice to the canon of New York fiction.