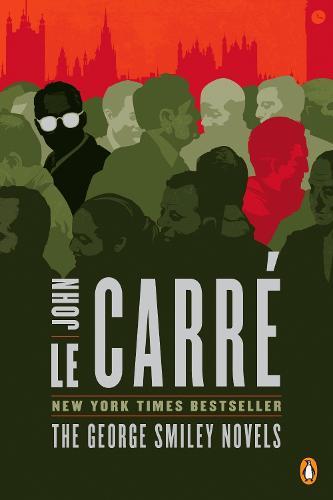 A boxed set of the first eight George Smiley novels by the legendary John le Carre, including the The Spy Who Came in From the Cold and Tinker, Tailor, Soldier, Spy With the publication of A Legacy of Spies in September - the first George Smiley novel in over twenty-five years - John le Carre fans can delve into the first eight novels featuring his most beloved character to revisit the spymaster’s backstory, and it is the perfect way to introduce new readers to the espionage classics. The set includes eight of John le Carre iconic George Smiley novels: Call for the Dead; A Murder of Quality; The Spy Who Came in from the Cold; The Looking Glass War; Tinker, Tailor, Soldier, Spy; The Honorable Schoolboy; Smiley’s People; and The Secret Pilgrim.