Made in London: The Cookbook 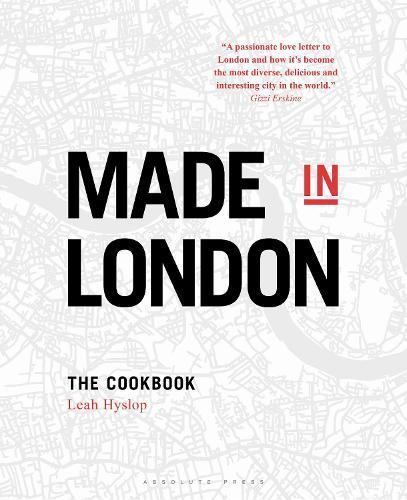 Made in London: The Cookbook

From Tudor oyster pedlars and Victorian pie and mash shops, to the supper clubs and street food scene flourishing today, Britain’s capital has always been a tantalising draw for those who live to eat. In Made in London, Londoner Leah Hyslop offers a joyful celebration of the city and its food, past and present. The book features recipes invented in the city; such as the 18th century treat Chelsea buns (a favourite of King George II) and Omelette Arnold Bennett, created for the famous writer while staying at the Savoy Hotel. Alongside these are new, exciting dishes, inspired by the Leah’s eating adventures around the capital: such as a mouthwatering Pimm’s and lemon curd trifle, an unusual goat’s cheese and cherry tart and an easy twist on Indian restaurant Dishoom’s iconic bacon naan, one of the best brunches in London. Interspersed with the recipes are short, entertaining histories and profiles about London’s food scene, including the tale of the 18th century ‘gin craze’; a profile of the East End’s most beloved greasy spoon; and why Scotch eggs might have actually been invented in a London department store! Short shopping guides, lifting the lid on such pressing gastronomic questions as where to buy cheese, the city’s most delicious chocolate shops, or the best cocktail bars for a nightcap (or two…) are also featured. Beautifully illustrated with contemporary photographs of London, alongside vintage images sourced from historic archives, this is a book for anyone who has ever lived in, visited or simply dreamt of sipping a cocktail while watching red buses trundle by in the world’s greatest city.