A. B. Guthrie, Jr., William Kittredge 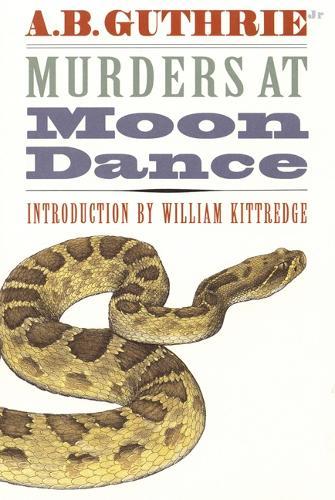 A. B. Guthrie, Jr., William Kittredge

At a difficult and sad time in his family life, A. B. Guthrie, Jr., turned for surcease to reading western and whodunit novels. In his autobiography, The Blue Hen’s Chick (also a Bison Book), he touches on that moment when he realized he could write as well as or better than the published plot-spinners. What about a mystery and cow-country myth in combination? he mused, So far as I could recall, the two had never been blended. All right. I’d blend them. The result was his first novel, Murders at Moon Dance, appearing in 1943. It was an audacious debut with bold characterizations and a sharply etched, atmospheric setting The dusty town of Moon Dance, smacked down between barren mountains and a badland named the Freezeout, would also be a back-drop for The Big It and Other Stories (1960). In Guthrie’s hand, raw vitality replaces the woodenness of much writing in the genre, and unexpected grace notes in the verbal rhythms suggest the author of The Big Sky (1947) and the Pulitzer Prize-winning The Way West (1949).