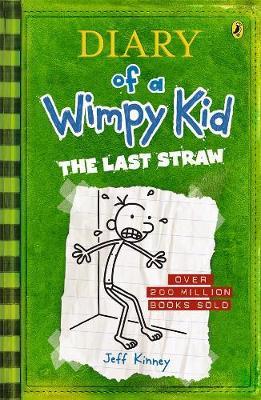 Greg Heffley will never change his wimpy ways… somebody just better tell Greg’s dad that. Frank Heffley actually thinks he can get his son to toughen up and he enlists Greg in organised sports and other ‘manly’ endeavours. Thus far, Greg manages to side-step his father’s efforts, then comes the threat of military school and Greg realises, he has to shape up or ship out!

Diary of a Wimpy Kid is right – Greg is wimpy! This book is the sequel to the No. 1 New York Times bestsellers and the way I figure it, Greg’s up to his old tricks again. He’s even had detention twice in one week!

In detention, bad news: he had to sit behind Leon Ricket, who was in detention because when a wasp flew in the window of homeroom, he smacked it with a chair. Why can’t Leon quit flicking Greg’s ear and giving him wet willies? Even the smartest kid in the class is up to no good. He stole a dictionary and made their whole class stay in school for three whole days – more bad news.

In this Diary of a Wimpy Kid, there’s more mischief, more mayhem, and of course, more comedy. The main characters in this hilarious book are wimpy old Greg Heffley, mean Rodrick Heffley, tattle-tale Manny, the GIRLS in Greg’s class, Lenwood Heath the bully and even GOD! This may be the last straw, but it’s not the last stand – there’s going to be a number 4!

Diary of A Wimpy Kid

END_OF_DOCUMENT_TOKEN_TO_BE_REPLACED

The Third Wheel: Diary of a Wimpy Kid (BK7)