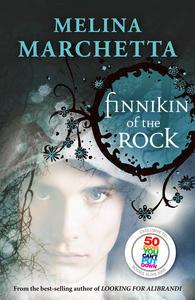 Finnikin of the Rock and his guardian, Sir Topher, have not been home to their beloved Lumatere for ten years. Not since the dark days when the royal family was murdered and the kingdom put under a terrible curse. But then Finnikin is summoned to meet Evanjalin, a young woman with an incredible claim: the heir to the throne of Lumatere, Prince Balthazar, is alive. Evanjalin is determined to return home and she is the only one who can lead them to the heir.
As they journey together, Finnikin is affected by her arrogance, and her hope. He begins to believe he will see his childhood friend, Prince Balthazar, again. And that their cursed people will be able to enter Lumatere and be reunited with those trapped inside. He even believes he will find his imprisoned father.
But Evanjalin is not what she seems. And the truth will test not only Finnikin’s faith in her - but in himself.
$19.99Add to basket ›

Froi of the Exiles