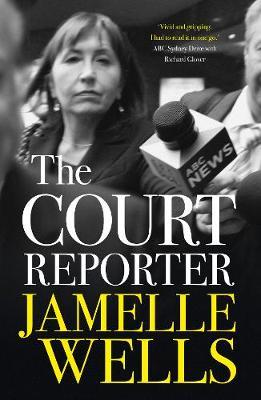 As a seasoned court reporter, the ABC’s Jamelle Wells has filed thousands of stories on murderers, sex offenders, thieves, bad drivers, family feuds and business deals gone wrong. In more than 10 years, Jamelle has witnessed many of Australia’s most notorious and high-profile court cases. In the line of duty, she has sat next to criminals and their families, been chased, spat on, stalked and carted off by ambulance for emergency surgery after an accident outside ICAC.
Every day in courts across Australia the evidence, facts and theories are played out in a kind of theatre, with their own characters, costumes and traditions. But ever-present is the human tragedy of ordinary people’s lives disrupted, destroyed and forever altered. The judges, the lawyers and barristers, the witnesses and the victims - all striving to play their part in the quest for fairness, justice and always, the truth of what really happened.
From the calculated and cruel, to the unfair and unlucky, from pure evil to plain stupid - Jamelle Wells has seen it all.
The Court Reporter is a tough and fearless journalist’s memoir that looks at the cases that have shocked, moved and never left us.
$34.99Add to basket ›