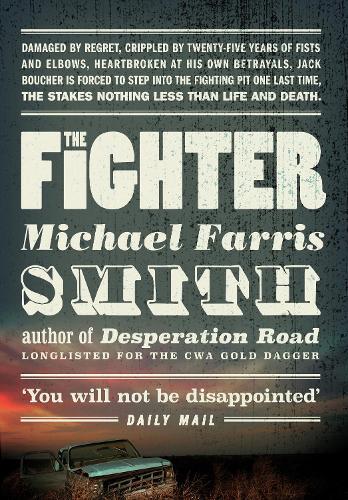 In this brilliant novel set against the dark and desolate backdrop of the Mississippi Delta, a washed-up bare-knuckle fighter battles against decades of booze and drug abuse as he returns home to try and save all he has lost. The acres and acres of fertile soil, the two-hundred year old antebellum house, all gone. And so is the woman who gave it to him. The foster mother who saved Jack Boucher from a childhood of abandonmnet now rests in a hospice. Her mind eroded by dementia, the family legacy she entrusted to Jack is now owned by banks and strangers. And Jack’s mind is failing too, as concussion after concussion forces him to carry around a notebook of names that separate friend from foe. In a single twisted night Jack is derailed. Losing the money that will clear his debt with the queen of Delta vice, and forcing Jack into the fighting pit one last time. The stakes - nothing less than life or death. ‘A searing, intense tale of masculinity and salvation, filled with abandonment and brutality, lit only dimly by rare human connection and the possibility of love… a short, sharp, stunning book’ - Roman Clodia, NetGalley