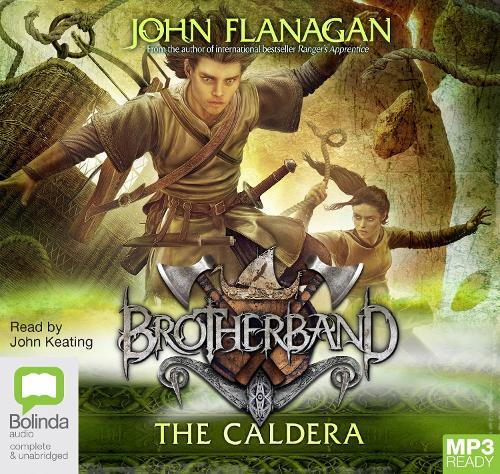 Hal and the brotherband are back home in Hallasholm when a knock on the door brings an unexpected visitor: Stig’s long-absent father, Olaf. The Empress of Byzantos’s son has been kidnapped by pirates, and palace guard commander Olaf has been held responsible. The only way to redeem himself is to rescue the boy. Olaf needs a ship and a crew, and he has nowhere else to turn. The pirates' fortress is on an island, where a collapsed volcano has left a caldera of towering cliffs surrounding a deep lagoon. There is only one way up or down - and the pirates have the key. How can the Herons possibly rescue the Empress’s son from such an inhospitable place? Culminating in a battle for survival on the seas, The Caldera sees the Herons take on one of their most difficult missions yet!