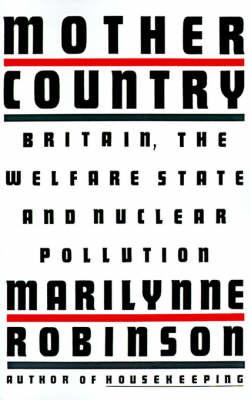 In this powerful, eloquent, and elucidating essay, Marilynne Robinson has pinpointed exactly the motives and the mythology and the reality behind the destruction of our planet. The Sellafield nuclear reprocessing plant in Great Britain is a perfect metaphor for twentieth-century genocide. Not the small, insane eruptions of eradication that took place in Hitler’s Germany, but rather that routine, day-to-day, thoroughly democratic envenomation of the planet by a current industrial magic (encouraged, or at least condoned, by almost everybody), which threatens to terminate everything on earth in the quite foreseeable future.Robinson’s book is as powerful a contribution to the literature of revelation and protest as was that seminal photographic essay by W. Eugene and Aileen Smith on Minamata’s disease fifteen years ago. It is as bloodcurdling as Rachel Carson’s Silent Spring, as thought-provoking and prophetic as the best works of people like Barry Commoner and Loren Eiseley. This is a work of great intelligence and fine investigative reporting. It is also a lucid interpretation of history, and very important in its discussions of the roots of current dilemmas. And lastly, Mother Country is courageous, and marvelous literature at its best.