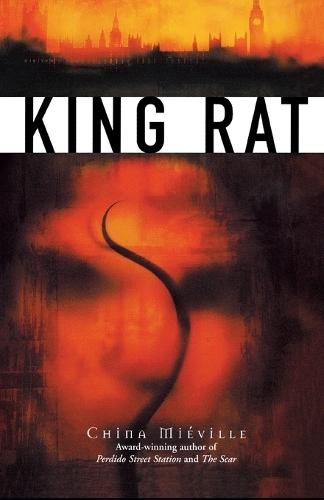 Something is stirring in London’s dark, stamping out its territory in brickdust and blood. Something has murdered Saul Garamond’s father, and left Saul to pay for the crime. But a shadow from the urban waste breaks into Saul’s prison cell and leads him to freedom. A shadow called King Rat, who reveals Saul’s royal heritage, a heritage that opens a new world to Saul, the world below London’s streets–a heritage that also drags Saul into King Rat’s plan for revenge against his ancient enemy, . With drum ‘n’ bass pounding the backstreets, Saul must confront the forces that would use him, the forces that would destroy him, and the forces that shape his own bizarre identity. China Mieville’s King Rat was nominated for both the International Horror Guild and Bram Stoker Awards for best first novel.