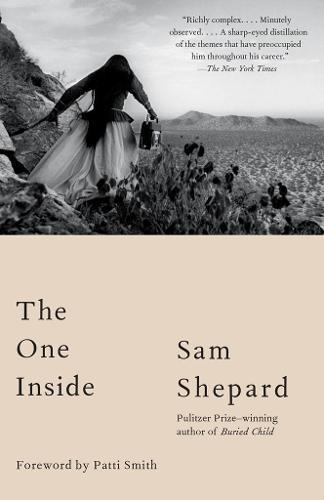 This searing, extraordinarily evocative narrative opens with a man in his house at dawn, surrounded by aspens, coyotes cackling in the distance as he quietly navigates the distance between present and past.
More and more, memory is overtaking him: in his mind he sees himself in a movie-set trailer, his young face staring back at him in a mirror surrounded by light bulbs. In his dreams and in visions he sees his late father - sometimes in miniature, sometimes flying planes, sometimes at war. By turns, he sees the bygone America of his childhood: the farmland and the feedlots, the railyards and the diners - and, most hauntingly, his father’s young girlfriend, with whom he also became involved, setting into motion a tragedy that has stayed with him.
His complex interiority is filtered through views of mountains and deserts as he drives across the country, propelled by jazz, Benzedrine, rock and roll, and a restlessness born out of exile. The rhythms of theater, the language of poetry, and a flinty humor combine in this stunning meditation on the nature of experience, at once celebratory, surreal, poignant, and unforgettable.
$29.99Add to basket ›