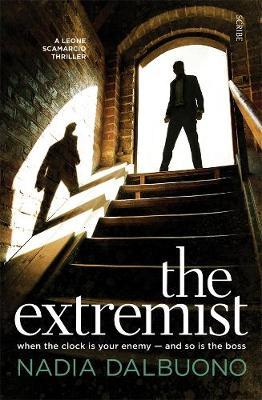 On a hot summer’s morning in Rome, three public places - a McDonald’s, a preschool, and a café - come under siege from a group of terrorists who appear to be Islamic extremists. When word comes through that the terrorists will only negotiate with Detective Leone Scamarcio, no one is more surprised than Scamarcio himself.
The young man with frightened eyes who speaks to Scamarcio seems anything but in control. He says that Scamarcio is the only person he can trust to care about the truth. Then he gives Scamarcio an unusual list of demands, including that everything must be done without police or intelligence involvement, and within twenty-four hours - or the hostages die.
With his face on every TV screen, and with all of Italy on alert, Scamarcio must race against the clock and elude the grasp of the increasingly unhinged chief of intelligence, Colonel Scalisi, to meet the terrorists' demands, and to uncover the truth behind the attacks. But, as Scamarcio follows the young man’s clues, he finds that every question seems to turn up five more, and, as usual for this son-of-a-Mafioso policeman, nothing is as it seems.
$29.99Add to basket ›