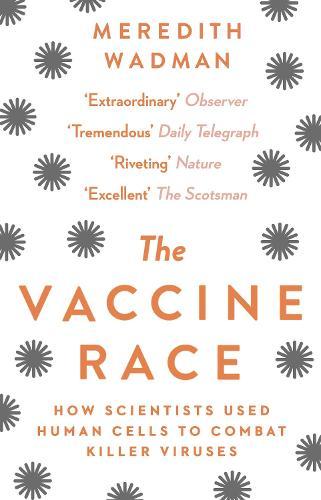 The epic and controversial story of the major scientific breakthrough that led to the creation of some of the world’s most important vaccines.
Until the late 1960s, tens of thousands of children suffered crippling birth defects if their mothers had been exposed to rubella, popularly known as German measles, while pregnant. There was no vaccine and little understanding of how the disease devastated foetuses.
In June 1962, a young biologist in Philadelphia produced the first safe, clean cells that made possible the mass-production of vaccines against many common childhood diseases. Two years later, in the midst of a German measles epidemic, his colleague developed the vaccine that would one day effectively wipe out rubella for good.
This vaccine - and others made with those cells - have since protected hundreds of millions of people worldwide, the vast majority of them preschool children. Meredith Wadman’s account of this great leap forward in medicine is a fascinating and revelatory read.
$24.99Add to basket ›

END_OF_DOCUMENT_TOKEN_TO_BE_REPLACED

Shortlisted for the 2017 Baileys Prize, this Nigerian debut is the heart-breaking tale of what wanting a child can do to a person, a marriage and a family

In To Be a Machine, Mark O'Connell presents us with the first full-length exploration of transhumanism: its philosophical and scientific roots, its key players and possible futures. From charismatic techies seeking to enhance the...

END_OF_DOCUMENT_TOKEN_TO_BE_REPLACED

In Pursuit of Memory: The Fight Against Alzheimer’s: Shortlisted for the Royal Society Prize

The fascinating and very human story of the Alzheimer's epidemic that affects millions of people around the world - and the race against the clock to find a cure.

A beautifully written, haunting memoir, Plot 29 is a mystery story and meditation on nature and nurture. It's also a celebration of the joy to be found in sharing food and flowers with people you love.

A retired couple, Gerry and Stella Gilmore, fly from their home in Scotland to Amsterdam for a long weekend. A holiday to refresh the senses, and generally to take stock of what remains of their lives. Their relationship seems...