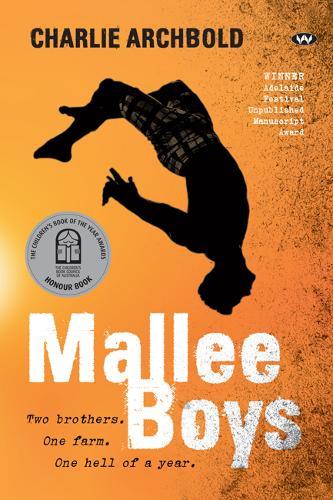 Sandy Douglas knows that life at fifteen is hard, but it’s even harder when your mother died a year ago and nothing’s gone right since. His brother Red, on the other hand, is eighteen now and working the farm. He’s amped up on rage and always looking for a fight. And then there’s their dad Tom. He does his best, but - really - he doesn’t have a clue.

As Sandy and Red deal with girls, dirt biking, footy and friendship, both boys have to work out who they want to be, without their mum around. The Mallee, where they live, may seem like the middle of nowhere, but it turns out this is going to be one hell of a year.

END_OF_DOCUMENT_TOKEN_TO_BE_REPLACED

Sandy Douglas knows that life at fifteen is hard, but it's even harder when your mother died a year ago and nothing's gone right since. His brother Red, on the other hand, is eighteen now and working the farm. He's amped up on...

The latest winner of the Ampersand Prize is a genre-smashing hostage drama about 14-year-old Tamara, who's faced with an impossible choice when she falls for her kidnappers.

Rumour is the new truth: feminism, identity and belonging are explored in a spectacular collaboration between three award-winning YA authors.

Meet Tiny and Nola. Two very different girls with two very different stories who are just trying to find a place to belong. A powerful and compelling novel about friendship, love and acceptance.

Sophia is smart, like genius-calculator-brain smart. But there are some things no amount of genius can prepare you for, and the messiness of real life is one of them. When everything she knows is falling apart, how can she crack...