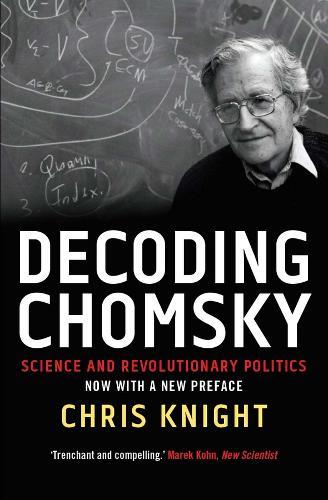 A fresh and fascinating look at the philosophies, politics, and intellectual legacy of one of the twentieth century’s most influential and controversial minds
Occupying a pivotal position in postwar thought, Noam Chomsky is both the founder of modern linguistics and the world’s most prominent political dissident. Chris Knight adopts an anthropologist’s perspective on the twin output of this intellectual giant, acclaimed as much for his denunciations of US foreign policy as for his theories about language and mind. Knight explores the social and institutional context of Chomsky’s thinking, showing how the tension between military funding and his role as linchpin of the political left pressured him to establish a disconnect between science on the one hand and politics on the other, deepening a split between mind and body characteristic of Western philosophy since the Enlightenment.
Provocative, fearless, and engaging, this remarkable study explains the enigma of one of the greatest intellectuals of our time.
$19.95Add to basket ›