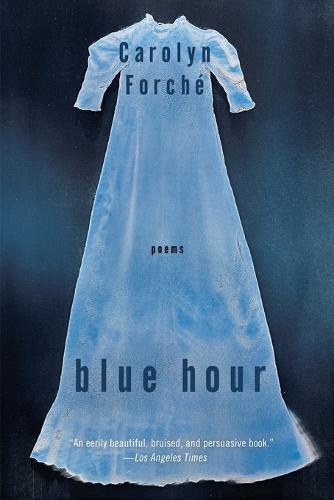 Blue Hour is an elusive book, because it is ever in pursuit of what the German poet Novalis called ‘the [lost] presence beyond appearance.’ The longest poem, ‘On Earth, ’ is a transcription of mind passing from life into death, in the form of an abecedary, modeled on ancient gnostic hymns. Other poems in the book, especially ‘Nocturne’ and ‘Blue Hour, ’ are lyric recoveries of the act of remembering, though the objects of memory seem to us vivid and irretrievable, the rage to summon and cling at once fierce and distracted. The voice we hear in Blue Hour is a voice both very young and very old. It belongs to someone who has seen everything and who strives imperfectly, desperately, to be equal to what she has seen. The hunger to know is matched here by a desire to be new, totally without cynicism, open to the shocks of experience as if perpetually for the first time, though unillusioned, wise beyond any possible taint of a false or assumed innocence. – Robert Boyers –North American Revi