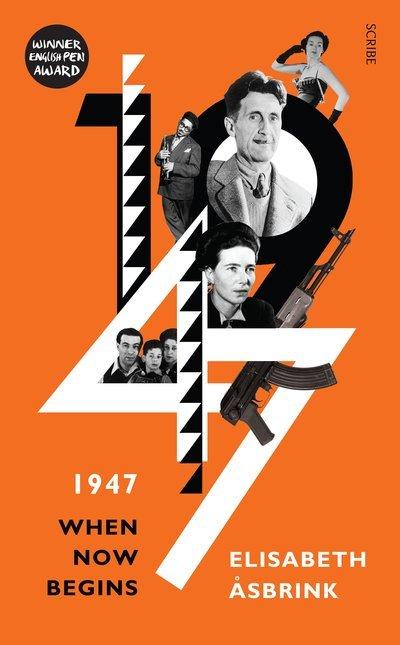 Somewhere on the timeline, the war ends, while somewhere else, a new age begins - the one we call now.

The shift does not happen overnight, from one day to the next; instead, the world vibrates for a number of years. People try to find their way to homes that are no longer there. People run from their deeds, and most of them get away. Among the millions in flight across Europe looking for a new home in 1947 are Elizabeth Asbrink’s parents.
In 1947, production begins of the Kalashnikov, Christian Dior creates the New Look, Simone de Beauvoir writes The Second Sex, the first computer bug is discovered, the CIA is set up, Hassan Al-Banna draws up the plan that remains the goal of jihadists to this day, and a UN committee is given four months to find a solution to the problem of Palestine.
In 1947, Asbrink chronicles the creation of the world we now inhabit, as the forces that will go on to govern all our lives during the next 70 years first make themselves known.
$29.99Add to basket ›