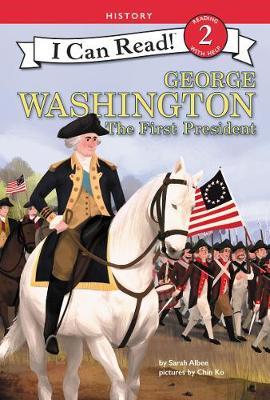 The life of George Washington is introduced in this early reader biography. After General Washington led the American colonists to victory in the Revolutionary War, everyone thought he should become the first president of the United States. Washington would turn out to be a strong leader and a wise president. Beginning readers will learn about the milestones in George Washington’s life in this Level Two I Can Read biography, which combines a traditional, illustrated narrative with historical illustrations at the back of book-complete with a timeline, illustrations, and interesting facts about the United States' first president. Kids will learn about George Washington’s spy ring, and how one of his dogs was named Sweetlips! George Washington: The First President is a Level Two I Can Read, geared for kids who read on their own but still need a little help.