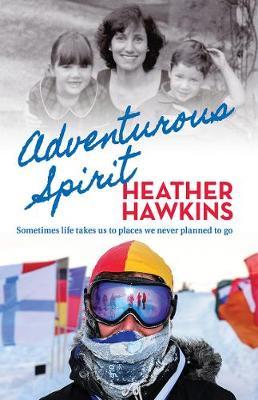 At 41 - with two teenagers and a contentedly unadventurous life - Heather Hawkins made a doctor’s appointment. Diagnosed with stage one ovarian cancer, within nine days she had surgery to remove an 18cm tumour, and a full hysterectomy.
Instead of chemotherapy, she chose a non-invasive surveillance treatment. The experience reignited Heather’s adventurous and invincible spirit. At 47 she pulled on an old pair of shorts and runners and struggled to the end of a 4km mothers' day fun run with her kids.
Five years later she has 17 marathons and 3 ultra marathons under her belt, including the North Pole Marathon and the extraordinary World Marathon Challenge - a gruelling seven marathons in seven days on seven continents. She topped that off by trekking 1700km in the thin air of Nepal’s Great Himalaya Trail.
And she’s only just getting started…
$29.99Add to basket ›