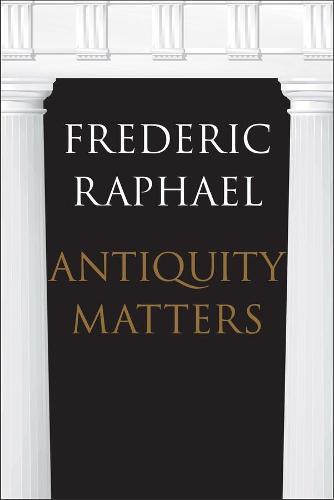 This book is the culmination of more than sixty years of a writing life during which Frederic Raphael has returned again and again to the literature and landscape of the ancient world.

In his new book, Raphael deploys his renowned wit and erudition to give us a vivid mosaic of the complexities and contradictions underlying Western civilization and its continuing influence upon contemporary society. Tackling a broad range of topics, from the presumed superiority of democracy to the momentum behind today’s gay rights movement, Raphael’s often daringly heterodox view of the Greek and Roman world will provoke, surprise, and, at the same time, entertain readers. He shows how the interplay of fiction and reality, rhetorical aspiration and practical cunning, are threaded through modern culture.
A major scholar in Classics at Cambridge, Frederic Raphael is an Oscar-winning screenwriter (Darling), a biographer, a translator, and the author of many books, including The Glittering Prizes.
$16.99Add to basket ›

END_OF_DOCUMENT_TOKEN_TO_BE_REPLACED

Eating from the Ground Up: Recipes for Simple, Perfect Vegetables

Chernobyl: History of a Tragedy