Invaders From Beyond: First Wave 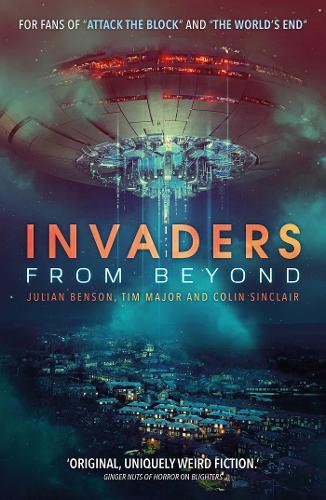 Invaders From Beyond: First Wave

WE ARE NOT ALONE…MORE’S THE PITY. ‘Alien invasion’ is one of the oldest devices in modern science fiction, dating back to Wells' The War of the Worlds. It spoke to the paranoia of mid-twentieth-century life, spawning such classics as Invasion of theBody Snatchers, Plan 9 From Outer Space and The Thing. Why do so many damn aliens want to invade Earth anyway? And who’s going to stop them? Is this going to take long? Only I was going to go to the pub later. By turns funny, blackly comic and thoughtful, Invaders From Beyond: First Wave chronicles three unlikely invasion bids, in dingy commercial estates and broken-down council estates, where unlikely heroes - kids, screw-ups, survivors * Perfect for fans of Attack the Block and The World’s End, this is alien invasions with a twist. Witty, irreverent, strange and compelling. * The authors will be taking part in some joint promotional activity, both on the Rebellion website and on other genre sites. * We will be running a social media campaign focussing on the alien invasion hook, to include paid advertising on Twitter and Facebook.