The Road to Somewhere: The New Tribes Shaping British Politics 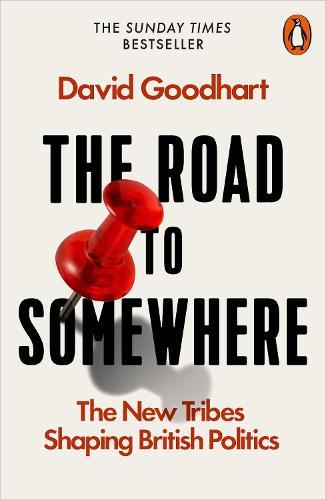 The Road to Somewhere: The New Tribes Shaping British Politics

A groundbreaking and timely explanation of the social and political change sweeping the world Many Remainers reported waking up the day after the Brexit vote feeling as if they were living in a foreign country. In fact, they were merely experiencing the same feeling that many British people have felt every day for years. Fifty years ago, people in leafy North London and people in working-class Northern towns could vote for a Labour party that broadly encompassed all of their interests. Today their priorities are poles apart. In this groundbreaking and timely book, Goodhart shows us how people have come to be divided into two camps- the ‘Anywheres’, who have ‘achieved’ identities, derived from their careers and education, and ‘Somewheres’, who get their identity from a sense of place and from the people around them, and who feel a sense of loss due to mass immigration and rapid social change. In a world increasingly divided by Brexit and Trump, Goodhart shows how Anywheres must come to understand and respect Somewhere values to stand a fighting chance against the rise of populism.